I have always been interested in what happens to form when combined with the elements of time. I believe that everything in the universe is affected by time and time is always in a state of transition.
Read More 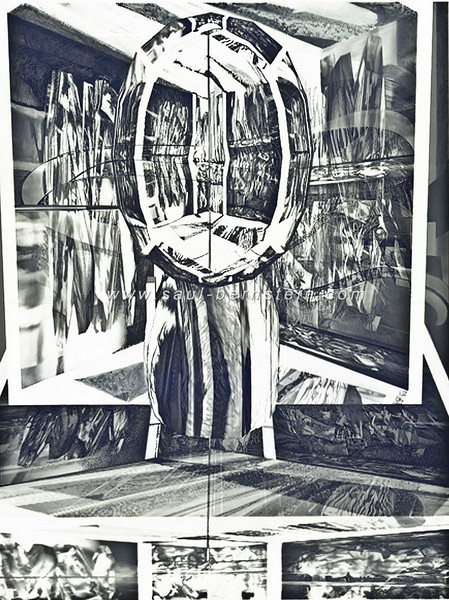 Sometime ago I read about two professors from Russia who had taped the voices of the spirit world. The professors asked the spirits, “Do we look like animals when they die?” Their answer was, “No, you look like waves.” Having studied the world of auras for many years, I became excited. Humans are 70 percent liquid, so we can make the case that humans possess the ability to produce electric waves. In the center of the painting is an egg shape (which is our creation) and spinning out of the egg from all sides are the waves.